Over the past four hundred years, the economy of Dudley has been based on the natural resources of limestone, iron ore and coal. Steelmaking, forges and, foundries and heavy engineering have been the bedrock of the economy with development in to all areas of engineering and manufacture. 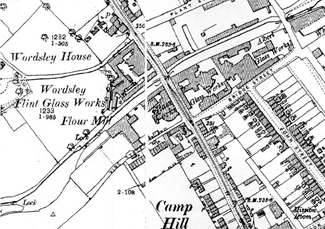 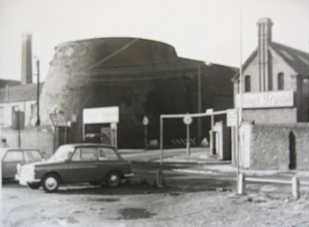 Glassmaking started on the western side of the Dudley Borough centred in Wordsley and Stourbridge from 17th Century onwards. The origins of the glass making with small cottage industries setting up and growing near the new canal network but the businesses quickly grew drawing in workers from the surrounding rural areas. The expertise of the Stourbridge glassmaking industry continued to grow and its engineers and industrialists spread with the empire to set up new operations in the New World. The area become the birthplace of modern glass and the technological advancement reached its zenith between 1850 and1900 when it was considered to have the finest glass craftsmen in the western world. This was exemplified by the ‘Portland Vase’ then, and even now probably, “the most important glass artefact in world” which was copied by a number of cameo engravers in local factories with such accuracy and precision. During this period some of the finest glass in the world was created and Stourbridge was to become the Mecca of world glass encouraging glass artisans to migrate to Stourbridge from across Europe. Some came from eastern France, the Huguenots also escaping religious persecution, and some from what is now the Czech Republic, which is now renowned for its glass. To this day many ‘Black Country’ names reflect these Bohemian origins. Skilled craftsmen took the Stourbridge knowledge around the world to places such as Corning in the USA, now the home of the world’s largest Museum of Glass.