Allister Malcolm’s Celebrity doodles project raised an impressive £10,180 at the charity glass auction held at Fieldings on the 24 October 2015.  Many thanks to all the glass artists who contributed and to everyone who supported this unique event.  Well done to everyone who managed to obtain a very special and unique piece of glass and special thanks to Will Farmer for encouraging people to buy items they did not want or could  not afford!  Will has kindly agreed to provide his very own doodle for our next Doodles Auction and it looks like he will be handing over the gravel to Graham Knowles, the BGF Chairman, to auction off that piece!

Some of the doodles received included those from Frankie Valli of the Four Seasons, Spandau Ballet’s Tony Hadley, Dave Hill from Slade, Robert Plant, Beverley Knight, Steve Bull, Lenny Henry and Raymond Blanc to  name but a few.  All the doodles were made into works of glassy art were auctioned off at the Decades of Design Auction at Fieldings in Stourbridge on the 24 October 2015.

Check out the videos on YouTube of a number of these pieces being made.

Allister himself tells us: ‘My favourite part was watching Elvis suspended in molten glass in slow motion. It doesn’t seem as stressful in the video as it was making it! (You’ll just have to watch the clip to get a handle on that one – Ed). ‘It was my most memorable and exhilarating festival of glass so far and I have only now just about recovered’. The first doodle to be made into a work of glass was the Frankie Valli doodle and you can watch that piece being made here whilst listening to one of his biggest hits “Walk Like A Man”:

Doodles have also been received from Emma Thompson, Andy McConnel, Molly Smitten Downs, Sir Trevor Brooking and the Master of the Worshipful Company of Glass Sellers.

GlassCuts 67 (below) shows Richard Golding creating the inaugural piece using the doodle by Frankie Valli and GlassCuts 75 is a commemorative edition showing all the completed glass pieces and the doodles.

A competition for school children was also held and the winners were Joseph Butler, George Rumer and Maisie Bowerman. 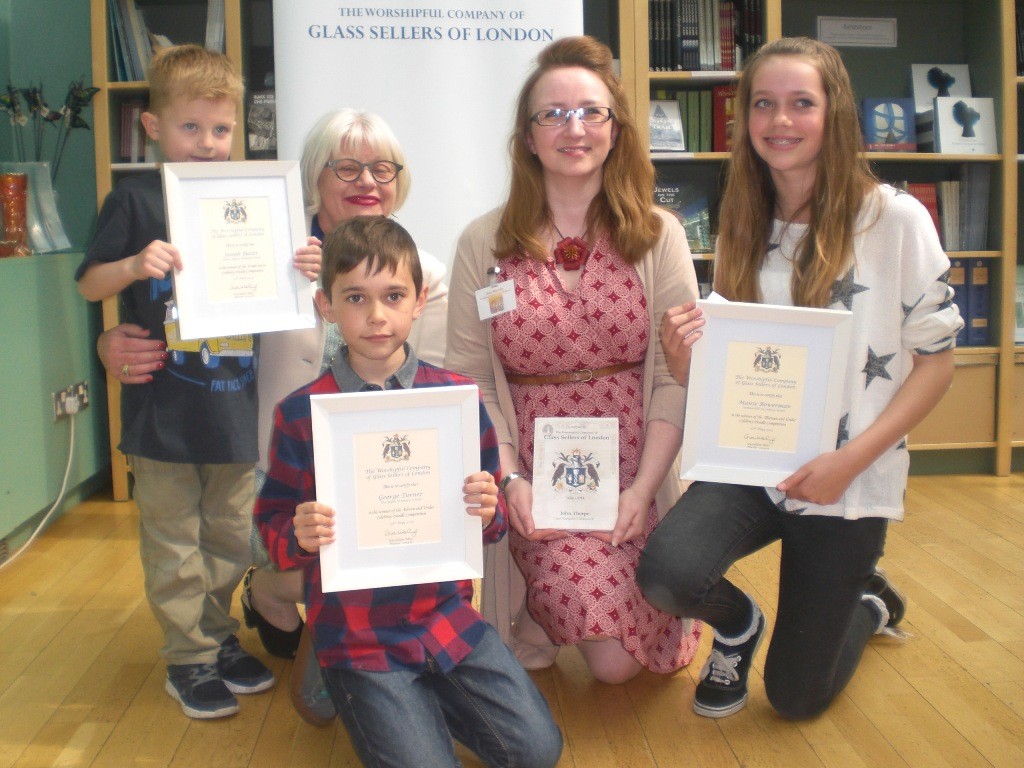